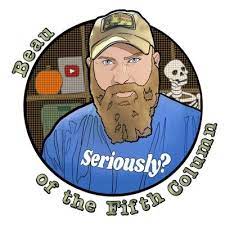 Beau reports that media traffic numbers are down from 2020.

As a result, he predicts more sensationalism in 2022.

In an attempt to draw the same viewership as 2020 media are going to have to:

give you something sensational to latch on to. Stories that they can milk and keep in the news cycle. That’s what I’ve got my money on. I would be prepared for a lot of sensationalist content to start coming out

In another video, Beau suggests that the problem in Afghanistan was that the US wanted to keep Afghanistan as a weak client state— We wanted the national government in Afghanistan to be just strong enough to do what we told them.

The above quotes were copied from the auto-generated YouTube transcript and linked with the CiteIt WordPress plugin.  The app automatically pulled in the context above and below and embedded the video.

You can see an more video examples on the home page.