There is an excellent website called Oyez that contains interactive transcripts of Supreme Court hearings which allow readers to click on a line in the transcript to play the audio of the text. 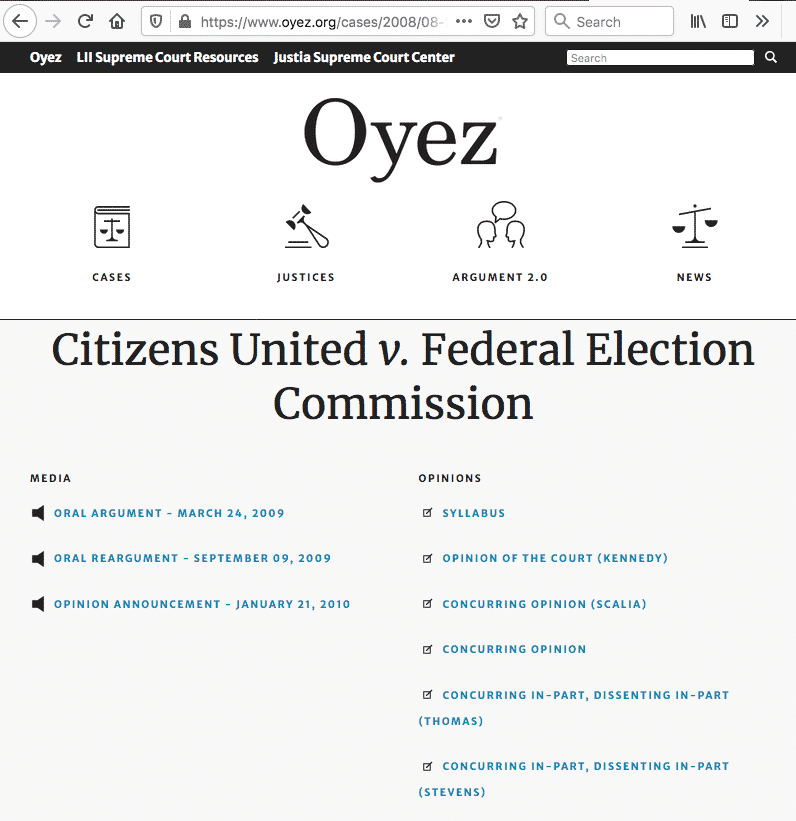 The transcript is generated from a JSON file which contains start and end times and labels each speaker.  You can view the rendered user interface, but if you view the source you will find that it does not contain the transcript text. 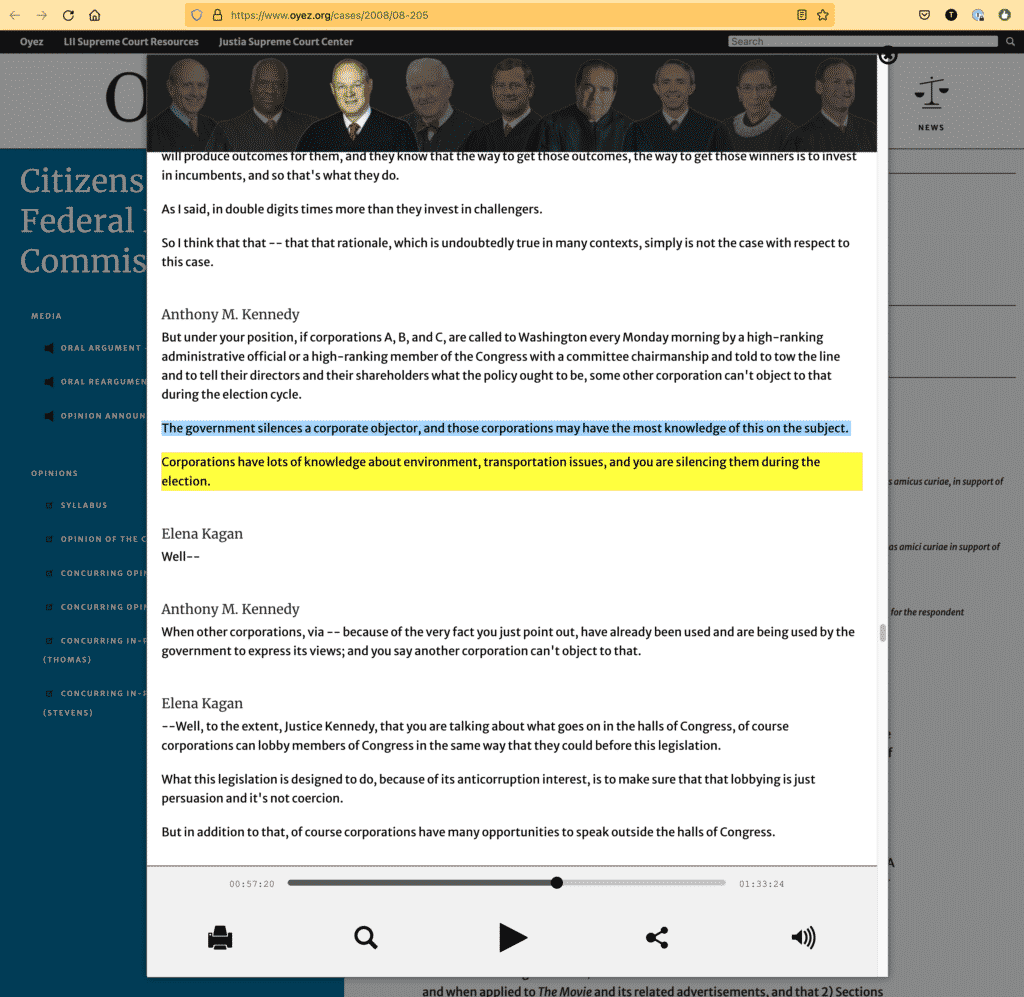 It would be nice if there was a way to generate a text version of the transcript so I wrote some Python code to convert the JSON file to a text/html file.

It is possible to use CiteIt to quote from the Supreme Court transcript, if you know the URL of the JSON file.

You can construct the transcript JSON URL by inspecting the generated HTML. 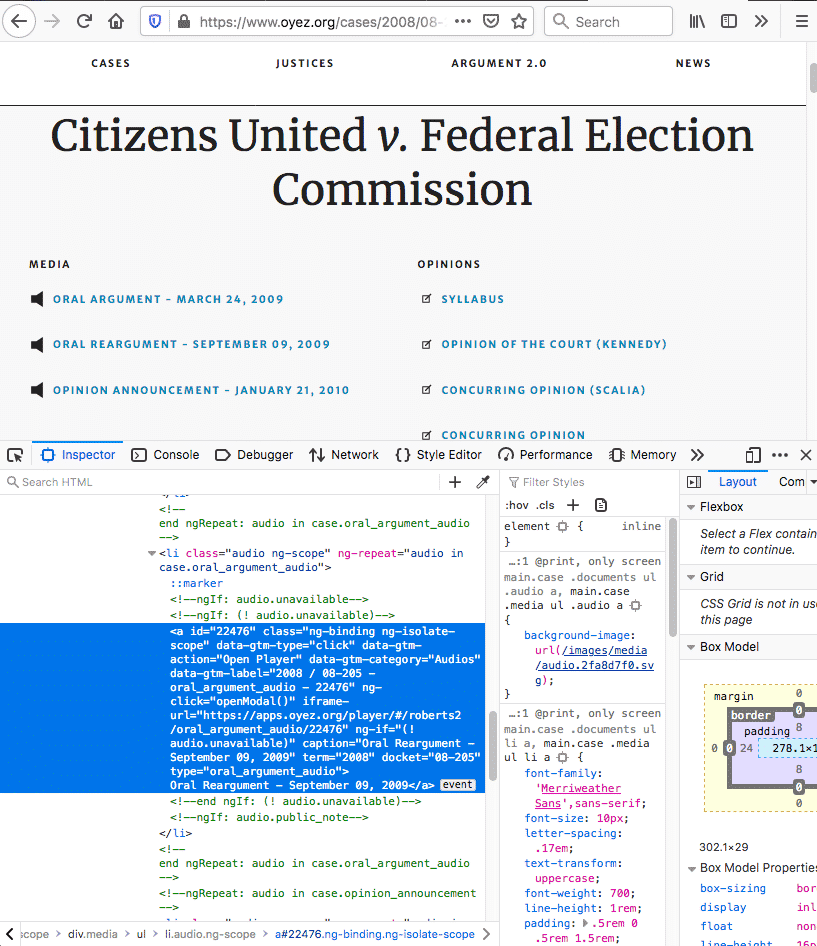 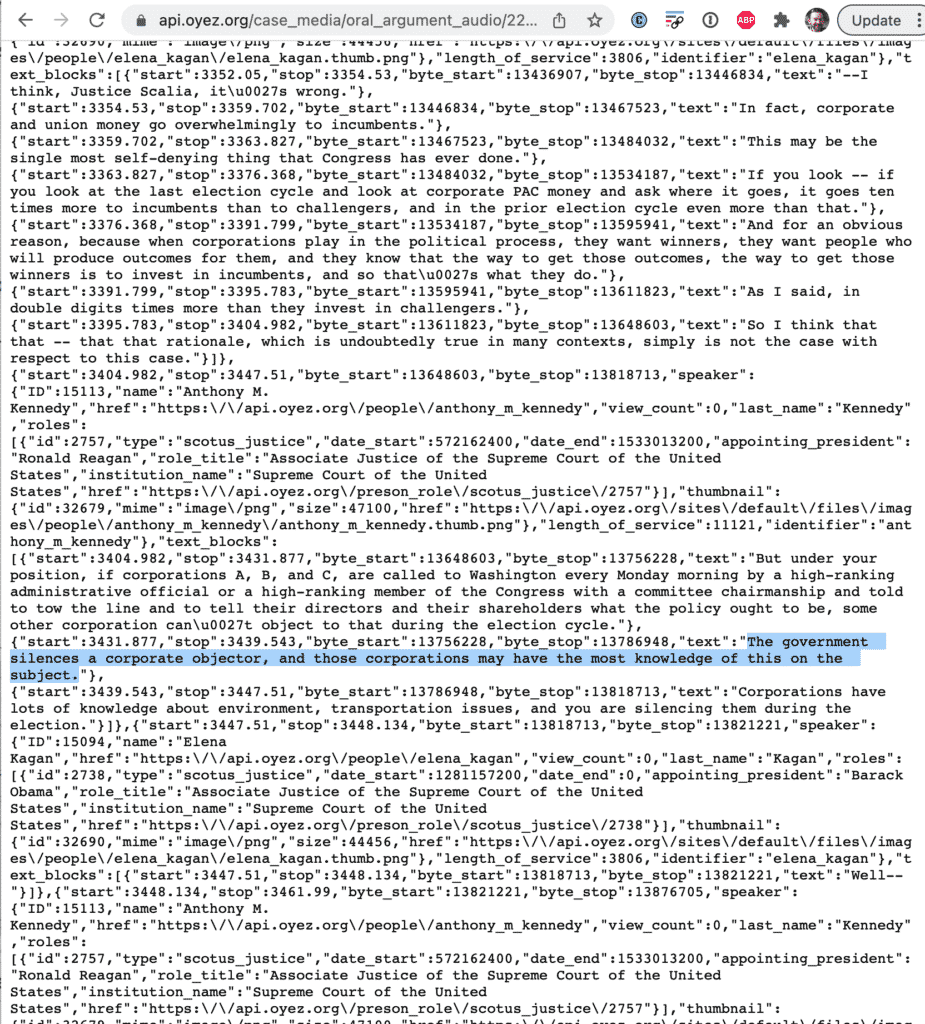 You can generate the text version of the transcipt using the webserivce: 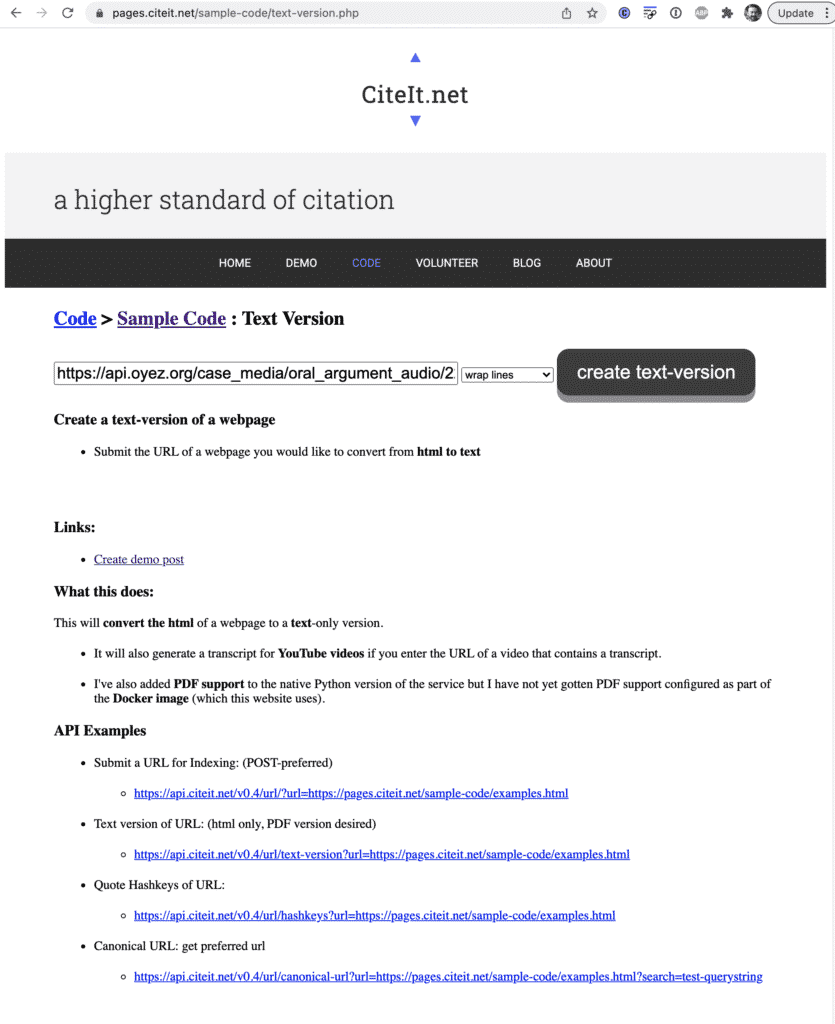 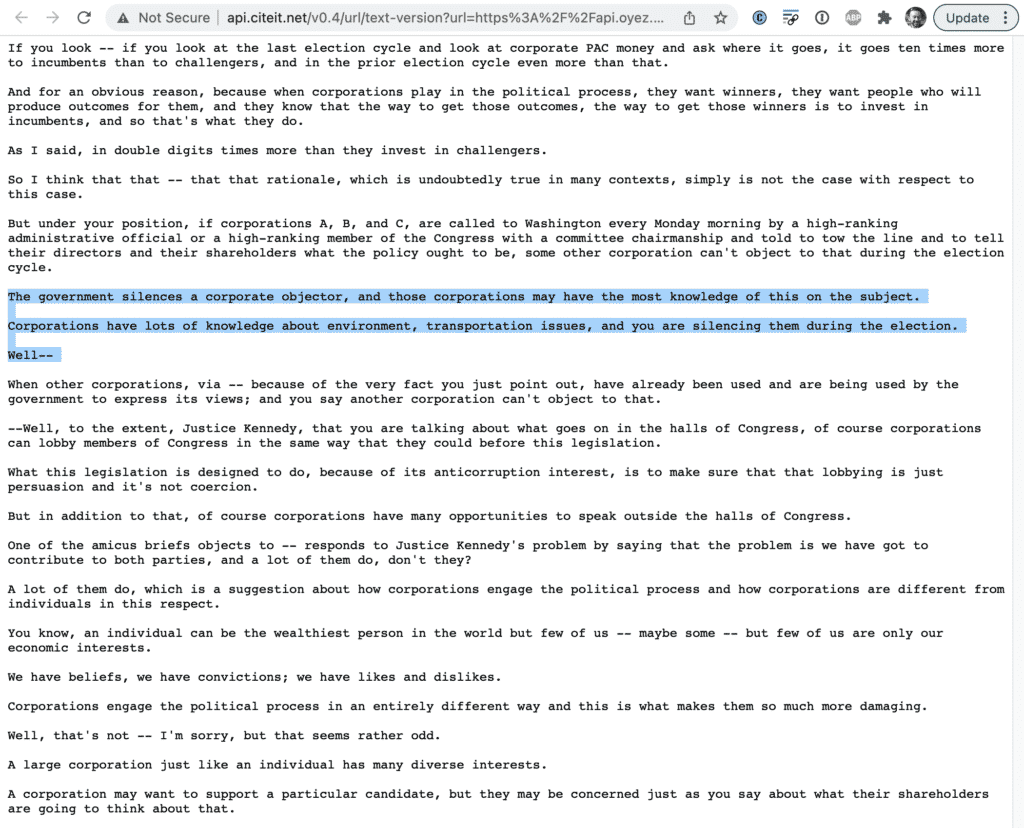 Then you can then use CiteIt to extract the context to contextualize the quote:

<p>The government silences a corporate objector, and those corporations may have the most knowledge of this on the subject.</p>

<p>Corporations have lots of knowledge about environment, transportation issues, and you are silencing them during the election.</p>

The government silences a corporate objector, and those corporations may have the most knowledge of this on the subject.

Corporations have lots of knowledge about environment, transportation issues, and you are silencing them during the election.