How did CiteIt come about?

During college, I took an interest in teaching myself Html.  When I first took Computer Science classes, the University did not teach Html.  That was something I did myself using Html tutorials and inspecting the source of pages.

My residency had a rudimentary network on which we used a Windows network share to share files.  I took it upon myself to create a web version of the Cafeteria Menu that was popular and I also created an Html version of the Student Council finances, as I was student council treasurer.

I recall thinking how much more quickly research could be done if I could search the library from my dorm room and if book citations could be hyperlinked together. 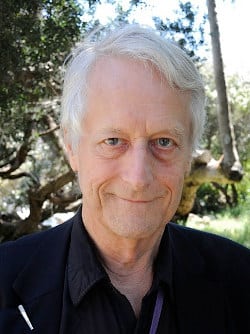 My online research into hypertext led me to hypertext pioneer Ted Nelson who coined the term “hypertext” and who worked to design, build, and popularize the idea of hypermedia in the 1960s, 70s and 80s, before Tim Berners-Lee introduced a “compromised” type of hypertext in the World Wide Web.

I read as many of Nelson’s books as I could get a hold of and when I had one publication remaining — his Ph.D. thesis written in Japan — I wrote to Japan and then later to Nelson himself to track down a copy.

One of the things I have learned throughout my CiteIt project is that it is possible to make some amazing connections that many people who think impossible, so long as the accomplished person is not famous.  Ted Nelson is “famous” within the hypertext community but he doesn’t receive the influx of traffic that Bill Gates does.  I wrote to him, with nothing to lose, and he wrote back!  He even included scanned Pdf copies of his thesis!

I wanted to impress Ted, so I got myself a license to Adobe Acrobat and used its OCR feature to convert the scans to Microsoft Word (yes, I know Ted hates MS Word).  I helped convert his thesis to something he could sell on his website.  I even found a few typos, which Ted realized I could of only have caught with the help of spelling and grammar check.  I sent him the digital copy of the PDF and the Microsoft Word document.

I wanted others to understand who Ted Nelson is and what he had done, so I started writing a review of his Ph.D thesis.  As I was citing sources in my review I got to thinking that there ought to be some way of quoting from the thesis that was more like Nelson advocated in his original vision.

My Review of Ted Nelson’s Thesis

Use knowledge of Beautiful Soup

Learn how to Create WordPress Plugin

Start with a php version

Started to use SQL Alchemy